The Royal Pharmaceutical Society of Great Britain (RPS) has existed for nearly 200 years, it provides leadership and support for pharmacists in England, Scotland and Wales. In an article published earlier this month it offers insight into the progress and challenges facing the research teams hoping to provide a much needed cure for Alopecia Areata, we take a closer look.

Alopecia is the generic medical term for hair loss, though you will rarely find it used alone, a suffix will always define the exact type of hair loss being referred to. Alopecia Areata is an extremely distressing form of hair loss which sees the victim lose clumps of hair, usually about the size of a coin and in circles. Most Areata sufferers will develop the condition before they are 30 and the patches will be transient, they will appear and disappear. For around a quarter of sufferers though, usually those for whom the disease started in childhood, the problem is not transient and develops to become alopecia totalis, where all hair on the head is lost, or even alopecia universalis… this most extreme form can see the sufferer lose all hair from the entire body… Head hair, body hair, eyebrows, those little hairs on top of your toes… all of it, everything. It is not difficult to imagine just how devastating that could be. With no approved medication on the market the need for some of the latest discoveries in genetic research to deliver is both pressing and promising, yet a long way off. 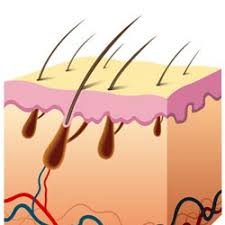 What has most definitely improved over the last 20 years is our understanding of the disease, while there is still a little way to go there is at least some clarity. It had been understood for some time that the hair falling out was directly due to the follicle being attacked by the body’s own immune system. Supressing the immune system, initially with cortizone, was shown to help – though any regrown hair would fall out when the effect wore off. The latest solution in this vein, described by Ralf Paus (more on him later) as “probably the best” is allergic contact dermatitus. This triggers a different, less harmful to hair, immune response – but even this does not work well for many patients and has a diminishing return by the third or fourth treatment. The hair loss happens when the follicles lose what is called their immune privilege. So instead of being protected from the body’s immune system, like eyes and the brain, the follicles begin to emit autoantigens, the cell’s alarm bells, and are destroyed.

Ralf Paus is a Dermatology researcher who splits his time between the Universities of Manchester and Munster, speaking to the RPS, he describes the current situation fairly succinctly “Especially with advanced or rapidly progressing disease , there’s not much we can do before suggesting a wig and hoping for a spontaneous recovery.” Angela Christiano is a geneticist from Columbia University in New York. Originally inspired to work on Alopecia by a cousing with universalis she has now been investigating the disease for nearly two decades. It was her team that led to the understanding that alopecia was aligned more with diseases like like diabetes than with psoriasis, as had been believed before her work. From there they went on to  identify the specific gene that codes for the danger signal which gets emitted by a hair follicle and triggers the illness. Today they are working on two treatments that are significantly more effective than anything currently approved but have an issue which sees the patients condition deteriorate once treatment stops. Potentially more promising is the work of Thierry Passeron and his team a the University of Nice in France. His work attracted less attention than that of Christiano because in trial, even though four of his five patients saw regrowth and two of them 50% regrowth, it was not enough for them to stop wearing wigs. However, their condition continued to improve after treatment stopped and now, two years on, 3 have achieved full regrowth and another 75% regrowth. Massively encouraging results which have seen his team embark on a larger study involving 80 patients. Are we nearing a cure? We are certainly closing in on a depth of understanding that could see novel treatments going through trial. Even so, a commercial, approved treatment is years away at best and there are causes for concern even about that prognosis – tomorrow we take a closer look at the issues which might yet see us have to wait a very long time indeed. Tomorrow: The Challenges In Bringing New Alopecia Treatments To Market