We here at HIS understand better than most the trials and tribulations we all go through day in and day out. That’s why we go out of our way to fix people’s lives with our Scalp Micropigmentation (SMP) treatment, returning them to the levels of confidence they once had. We’ve got seventeen clinics in nine countries across four continents. We’re constantly improving our service. We’re the world’s leading practitioners in SMP. Bearing this in mind, we’ve had a lot of people come in and out of our doors and we’ve heard a lot of stories and helped write a lot of happy endings. With that in mind, we’ve chosen to shine a light on someone whose been shining a light on something we care about – chemo. Facing Chemo 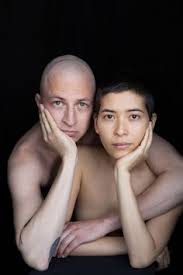 California-based photographer Robert Houser has been working on his recent project entitled ‘Facing Chemo’ since 2011, photographing more than thirty-five people ranging from the ages of seventeen to seventy. The project captures the pain, hope, and fear of a series of patients undergoing chemotherapy. Houser believes that his work reveals a certain honesty about the individuals and what they’re going through and what they’re feeling as their journey continues. One of his focus points was the fact that chemo leaves one unable to hide their true emotions – thus making his series of portraits an emotional affair. Disease or Beauty?

Houser’s project began years ago when he discovered that a woman he was photographing for an unrelated shoot had a scar. She explained to him that she was about to undergo a bone marrow transplant. He asked if he could shoot her and her journey – she said no. However time went on and she changed her mind. Houser visited her at her home in San Francisco and she went on to write the foreword for his book. Facing Chemo began. Houser admitted that she had been photographed so many times for so many years by MRI machines, CT scanners, and X-Rays – and everyone had been a picture of her disease that she despised. However, with Houser, she found that he was photographing her and not the disease – a self-realization she had long been searching for. Raw Emotion 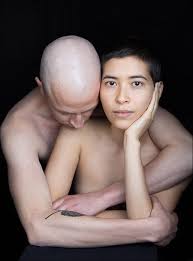 With this in mind, he began working with local oncology departments to find more subjects and eventually word got round to a series of cancer support groups and Houser found himself photographing a slew of subjects. Houser admitted that they were all very similar – they’d break into tears at the push of a button, but physically they were stronger than most. Their moods however were drastically different – the way they approached the loss of their hair was vastly different. He claimed that one woman’s demeanour hauntingly changed the moment she removed her head scarf whilst another defiantly revealed that she wouldn’t be wearing hers and if anyone had a problem with that, that’s their problem. This is what characterises Houser’s work – the sheer emotion the images capture and reflect. Houser believes that the loss of hair is definitely a part of the pain, as these people cannot hide their treatment from society around them – they walk in public bearing the reality of their illness. However, the drugs themselves play a huge roll in how these individuals photograph. People undergoing chemotherapy appear to be living at the edge of their emotions at all times. They cannot hide fear, or pretend to be feeling something different. If you, or someone you know, is undergoing chemotherapy and aren’t as comfortable or as confident with your look as some of these woman are, don’t hesitate to call us today and book a consultation – we can’t offer you much, but we can offer you a breath of fresh air and a return to the confidence you once had.