You don’t have to read much about Castor oil and its remarkable properties to realise why it is so highly valued by so many people. From recognised value in a wide range of deeply scientific, medical applications to its use by those more traditional to their approach, castor oil  is worthy of closer attention. Not least for its benefits as a solution for a number of hair related problems.

What Is Castor Oil?

Castor oil is produced from the pressed seeds of the castor plant (Ricinus communis). The pale yellow liquid would have been an incredibly powerful and versatile addition to the medicine cabinet of the most ancient healers. Today the market for castor oil is huge, around a third of a million tonnes are grown annually. At no small risk to the growers, mostly in China, India and Brazil – In its natural state, before extraction, the seeds are covered in potentially harmful allergenic compounds. Many children will have developed a healthy respect for it as a threatened punishment – a spoonful of castor oil has proved a p opular behaviour modifier for mothers. It’s story has been bought up to date by its use in all manner of treatments: Cancer therapies; Antifungal treatment; HIV therapies; Protease inhibitors; Topical skin ulcer treatment.  Of course there are more familiar uses, as a laxative for example. Castor oil is also used in a number of manufacturing processes, as a lubricant and, more recently, as biodiesel. You would not expect us to bog ourselves down with these peripheral uses – and dont worry, we won’t. 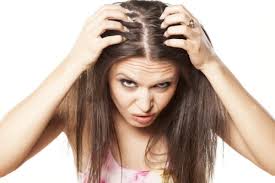 The complex compounds present in castor oil can address an enormous range of hair conditions up to and including, according to its fans, hair loss.
Ricinoleic acid and omega-6 essential fatty acids, they claim, increase blood circulation to the scalp and promote healthy growth as it nourishes the scalp and strengthens roots – mix with coconut oil in equal amounts and rub it into the scalp, leave it on for ten minutes before rinsing thoroughly. This might compliment treatments like micro-needling and fraxel for hair loss sufferers or men looking to improve the condition of scar tissue from hair transplant harvest scars.  Apparently this is also a highly effective treatment for dandruff due to its antibacterial and antifungal properties.
It is a recognised fact that the FDA approved medications, while great for many, will not work for a percentage of the population, so castor oil may just be a lifesaver for some. We would be delighted to hear from you if you have personal experience.

If you want to discuss your hair loss situation with one of our experts at a free consultation simply click here to find your nearest clinic.