For many there is no substitute to a wet shave. Nothing else comes close when you really want to get to a smooth finish. But our ever deeper understanding of the contents and their implications for our health has put shaving creamsin the spotlight. There are simply too many on the market for us to provide a definitive list of the good the bad and the ugly. but we can offer an important list of the key ingredients to avoid the next time you are shopping for yours – If you want to avoid risks to your hair, or your broader health, then it is important to know the danger signs to look out for in shaving foam.

Shaving foam is as old as the hills. Well, it has been in documented use since the Sumerians used animal fats and wood ashes to soften their bears prior to scraping… hard to describe what they were doing as shaving – it is more akin to the process of scraping the fur from skin to create parchment. Moving on a thousand years or so and a quick look at the beards and hairstyles displayed by the statues of the Egyptians points to a great advance in shaving technology. Bears were associated with the Gods and while Pharoahs were clean shaven they would wear false beards to ceremonial occasions (even the women).

Technology really came to the market in 1949 with the introduction of aerosol cans. For better or for worse these cans quickly dominated the market because of their simplicity and speed. Ecological considerations have seen a return of the traditional brush as millions choose to avoid spray cans. But the CFC’s attributed with damaging the ozone layer turn out to be just one of the health issues.

What to Keep An Eye Out For 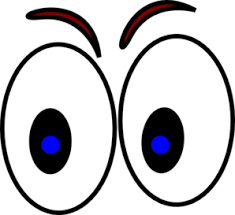 The contents of most shaving foams follow a fairly standard ingredients list. Starting with around 80% water the rest of the ingredients are there to lather up on the face, to bind those lathering materials together or to propel the foam from the can. A common problematic content is mineral oil, bear in mind mineral oil is a byproduct of the oil industry – just one of the dozens of produced when making gasoline. Like gasoline, mineral oil will form a film. It will sit on top of your skin and form an effective barrier that blocks pores. Propolene Glycol is used in foams to make them moist – it is also found in anti-freeze and brake fluid. Triethanolamine, also known as TEA, is used to bind the oil and water together. Popular lathering agents to be on your guard against are Sodium lauryl sulphate (SLS) and Sodium laureth sulphate (SLES). Lauryl mimics oestrogen and so is especially problematic women. Laureth often contains a known carcinogen called dioxane. Propolene glycol is a humectant like glycerin, but unlike glycerin, it’s more frequently found in antifreeze and brake fluid. Triethanolamine, better known as TEA, is an emulsifying agent, meaning it helps keep the oil and water from separating. It has a controversial reputation from its home in the cosmetics industry where many formulas were found to contain harmful nitrosamines (linked to cancer). The key is to look out, wherever possible, for those foams which use natural ingredients. Plant oil instead of mineral oil is a good place to start, but it is a smart move to avoid synthetic colours and fragrances.