Jack Ryder spent his teenage years appearing in the UK’s most popular soap, Eastenders. Set in the tough east end of London Ryder was a charming, foppish presence and a big hit with younger female viewers for whom he quickly became a heartthrob. 13 years on he appears in a Daily Mirror article which led in part, shamefully in our view, on his hair loss. 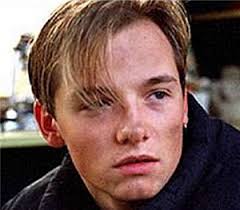 As a teenage hearthrob there is no doubt that an important part of Jack’s charm was his hair, worn in casual foppish style. Even then it was apparent he was at least a Norwood 2 so presumably the threat of early onset androgenetic alopecia was something he was aware of.  Surely he only had to look at the generation of relatives his father belonged to for an idea of what fate awaited him. In any case, like so many characters before and since he came to a grisly end, in Jack’s case it took the form of an unfortunate coming together with a car on Christmas Eve, driven by his girlfriends brother – traditional festive fare for soaps.

13 years on from leaving the soap, and the other side of an 8 year marriage to a Brit girl band member, Jack is currently at the helm of a touring production of The Full Monty and has also spent time directing for TV. Much more importantly, at least according to the Daily Mirror who ran a recent article on him, is that he is now bald. Yep. Bald. Never mind his journey, his progression to a respected actor/director, never mind his 8 year marriage and the recovery from that… top of the Mirror’s list of interesting things we need to know about Jack is that he is now bald. As is clear from the picture above you could hardly accuse him of having lost his looks. His 2016 image is well groomed, sharp and definitely a la mode. Here at HIS HQ we are in no doubt that it is a look which could be improved by SMP or a range of other effective hair loss treatments – but in no way can there be the sense of shock at the alleged transformation. For our money he looks great… would that any of us looked half that bad.

Here at HIS we know not everyone is as lucky as Jack and as ease with their appearance. If you are ready to do something about your own hair loss then a free consultation with one of our experts is a must – Find your nearest clinic by clicking here