From the Wharton School of Business at the University of Pennsylvania comes the results of research aimed at discovering how women really fell about bald men… specifically men with shaved heads – Fair to say that caught our attention.

Wharton School of Business at University of Pennsylvania conducted a series of three tests, the first with a group of 60 college-age men and women. This was followed by another two tests using hundreds of on-line participants from a national panel. The test were aimed at establishing how dominant or attractive they found the men they were shown.  they were asked to compare men with full heads of hair, men whose hair was naturally thinning and men with shaved heads. No gimmicky shampoo sponsored study this one either! The results were published in a respected peer-reviewed journal. While there were no major surprises in their results it is good to have scientific evidence for a few of the truths we all know about wearing your head shaved.

It turns out that action movie heroes are often seen wearing shaved heads because Hollywood knows what this study confirms, that the appearance exudes dominance and masculinity. In the study, where results were consistent across all three test groups, the shaven headed men were perceived as taller and stronger too. Not that we are pretending the shaved head was the “winner” here. Men with full heads of hair were considered more attractive after all. That said, Hollywood seems to be on-side promoting any number of tough guys as bald or shaved… Vin Diesel, The Rock, Bruce Willis, Billy Zane… to name but a few. There is no doubt the popularity of the shaved head, transcending class and ethnicity, has become a simple style choice for so many men, it could be considered their equivalent of the little black dress… the style you go for as a safe choice. 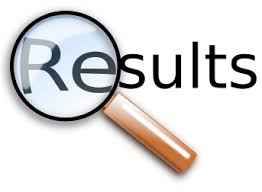 There is no doubt a shaven head is a statement. But it is a positive one that speaks about your self-confidence… strangers will not be able to help themselves seeing you as masculine and dominant, so all you have to do is carry it off. We like how Albert Mannes, the lecturer who led the research, summed things up when talking to ABC news:  “I’m not recommending that men with thick full heads of hair shave their heads, because even if they gain in terms of dominance, they lose in terms of attractiveness,” Mannes said. “But if you’re balding, you might want to just finish what mother nature started and take it all off. You might be surprised by the positive effects.” This resonates for us, so many clients describe the early days of wearing an SMP as surpassing expectations and how it can have an immediate and noticeable effect on how strangers treat you.

HIS Hair Clinics offer free consultations at any of our clinics around the world. One of our experts will, after a detailed analysis of your current condition, discuss the full range of options available. To find your nearest clinic please click here