Yesterday we looked at the latest advances in treatments for Alopecia Areata. Today we look at the challenges facing the clinical teams hoping to bring new treatments to market. 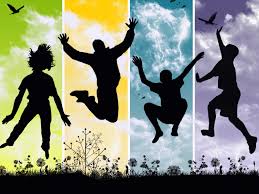 Back in 1999, Angela Christiano from the University of Columbia in New York, banded together 5 clinical research centres to perform the most rigorous investigation into alopecia ever undertaken. Their findings were eventually published over a decade later in 2010. Her work led to a deeper understanding of alopecia and it’s causes than had ever been achieved before – to the extent that new treatment strategies based on her findings would deliver unparalleled success in regrowing patient’s hair. The publication led to a completely new understanding of alopecia and how it operates, it was received as holding the promise of an imminent cure. Seemingly overnight we had gone from having little or no idea to a solid grasp, it was a revelation. What is was not though was an overnight sensation. It was over ten years of inspiration and perspiration that led to the insights. Christiano’s own team have had positive results with their treatment, though there remain a couple of hurdles to overcome… initial healthy regrowth stops and then reverses when treatment is halted. Meanwhile in France a team led by Thierry Passeron from the University of Nice is having spectacular results with their own treatment. Regrowth at a level way above anything currently approved for use was initially not enough for sufferers to throw away their wigs but their condition continued to improve after treatment stopped. Two years on and 3 of their 5 patients have had complete regrowth. Results positive enough to expand the trial to a nationwide one using 80 patients.

It would seem then that there are plenty of reasons to be optimistic about the prospects for an effective treatment that works for alopecia sufferers. There are however a couple of significant reasons why that effective treatment might still be quite a long way off. Ralf Paus is a dermatologist who splits his time between the Universities of Munster and Manchester. Speaking at the 2015 World Congress for Hair Research in Miami about alopecia areata he said “I think alopecia areata is just a stereotypical response of the hair follicles to different types of inflammatory damage when immune privilege collapses. If this hypothesis is true, we will need a personalised  medicine approach. But if the need for every treatment to be personalised means we still have a long way to go on the road to discovery it will only serve to aggravate the other major challenge, finance. National Alopecia Areata Foundation NAAF serves the community of sufferers, established in 1981 it plays an important role in drug development. It has awarded a total of $4.4M  in grants to further research but given the average cost of $1B over 15 years to bring a drug to market there is clearly the need to engage with a major pharmaceutical brand to make it happen. Unfortunately the experience to date suggests there is little or no appetite for this to happen. Pfizer own one of the two drugs that Christiano’s team are working with but are focussing on it as a psoriasis treatment… for which there is a ready and known market.

A Ray Of Hope?

If big pharmaceutical companies are to get involved in areata research it is unlikely to be because they are chasing the financial returns bringing that drug to market might bring… those returns are simply not there in their view. Fortunately there is a carrot that might be used to temp them in, developing a deeper understanding of what provokes a failure of the immune privilege – As Ralf Paus puts it “You’ve only got one brain, one pancreas and two eyes – how easily are you going to cut them out and do research to learn all the tricks that the body uses to evade being attacked by the immune system? Well, you have five million hair follicles you can play with so you better start using the follicle as a study model.”