Shocking news from Flint in Michigan where the authorities continue to try and deal with water so corrosive it is damaging the systems lead pipes. The issue has manifested as a multitude of health problems for it’s citizens – including hair loss. That august journal, the New Scientist, has now turned its spotlight on a major health problem likely to be affecting other American towns.

The Problem In Flint

Back in 2014 the town of Flint in Michigan decided it no longer needed to pay the City of Detroit to be attached to their water system. They reckoned they would be just fine drawing their water for its 100,000 strong population from the Flint river. They could not have been more wrong. It turned out the water from the poorly maintained river was so corrosive to the lead pipes it ran through that they began to leech lead into the system. A series of complaints followed, initially about the cloudiness of the water but also reports of rashes and hair loss. Eventually a test performed at one residents home discovered levels of lead measured initially at 104 parts per billion… which we grant you does not sound like much, until you consider that the US Environmental Protection Agency suggests the limit is 15 parts per billion. You can imagine the shock of that householder when just a few weeks later the same test was performed again and this time the reading was 397 parts per billion. A wider testing program would subsequently establish that 16% of the towns homes had levels above that EPA limit… with one registering over 1000 parts per billion, nearly 70 times the recommended limit. 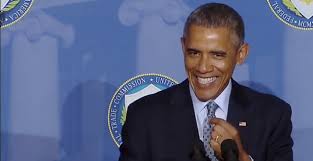 Having originally allocated $5M to help fix the problem and in recognition of the gravity of the situation President Obama announced, just last month, that the aid package would be increased to a promising sounding $80M. Some of that will go toward providing safe drinking water, particularly to those “Tier 1” homes with lead pipe supplying they homes. Presumably most of the balance will need to be invested in replacing the lead in the system with copper or lead, but it seems that cannot be a half hearted attempt.  According to a report published last month by Marc Edwards, a civil engineer at Virginia Tech, a partial replacement intervention could actually aggravate the problem.

For our part we sincerely hope the Flint authorities get on top of their water problem quickly, and use some of that aid money to introduce the sort of effective testing and monitoring regime that would have identified this problem long before peoples hair started falling out. On that note, we sincerely wish all affected a swift recovery. If you are suffering with hair loss, temporary or otherwise, a free consultation with one of our experts will inform you of all your available options for treatment. Find your nearest clinic by clicking here.