We have written recently about the psychological effects of hair loss on the sufferer, but what about the attitudes of everyone they encounter? As much as the sufferer can believe that their attractiveness and ability to “fit in” normally have taken a blow, what is the reality? We take a look back at some research which established the shocking true picture.

Ovid, the Roman poet, writing on the subject 2000 years ago said “Ugly is a field without grass, a plant without leaves, or a head without hair.”  An opinion which encapsulates the principal received wisdom on how we feel about baldness. In more recent times, starting with Yul Brynner in the 60’s, shaved heads have become far more fashionable, sexy even. While a shaved head is not quite the same thing as a bald head it is nevertheless an important step in the right direction. But beyond the sex symbols, what is life like for a regular Joe who has lost his locks? The Bald Truth 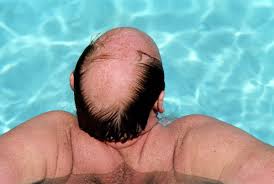 Some remarkable research, conducted in the late 80’s in the US, asked three sets of people, grouped by age, to look at sets of photographs. They contained images of men with and without hair and for each picture the researchers asked the volunteer to asses the man in the photo for a wide range of attributes. It will come as no surprise to anyone who has gone through hair loss, and suffered with it, that the results were broadly negative for the bald men in the pictures. They were rated as less assertive and less likeable as well as less socially and physically attractive.  In fact, the only measure where they scored higher than their hirsute competitors was on intelligence. A consistent result that was found in all three age groups questioned. So it would seem that the receded hairline, by rendering your face smaller as part of the total space, makes that part of your visage which contains the brain more prominent – with the result that you are imbued with intelligence at the expense of any other attribute. It certainly speaks to the experience of sufferers, and is an indication of why many talk about having to discover a new more bullish personality to overcome these perceived, subliminally at least, shortcomings. If you are ready to do something about your own hair loss why not book a free consultation to discuss your situation with one of the HIS Hair experts. Find you nearest clinic by clicking here